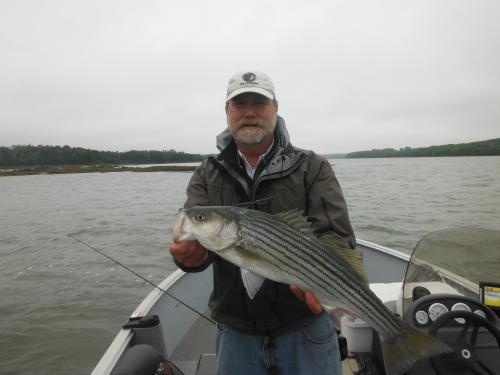 In my role as Executive Director of the Maine Professional Guides Association I give the collective opinion of our membership frequently. Usually, it does include a story sometimes even one from this blog. But this time I am going the other way because I think that the story and comments are worth repeating here. Here are my comments on the suggested striper management changes for the east coast.

My name is Don Kleiner, I live in Union and am the Executive Director of the Maine Professional Guides Association. The association represents roughly 1000 licensed guides throughout the state. Collectively our members offer almost any sort of guided outdoor experience you can imagine. We are proud of our quality outdoor experiences and our role in helping the states conservation efforts become an economic benefit for the primarily rural communities where we live.

My first memories of striper fishing are of spending nights after finishing my homework fishing under a bridge. A young boy of maybe 12. I was given a kerosene lantern to use for light and a little warmth. That lantern has a place of honor on the hearth in the living room today the enamel long since rusted off. My parents drove me to the bridge crossing and allowed me to endure the cold west wind for a couple of hours after supper trying for a striper. I also remember spending whole days there during spring school vacation.

My next memory is of catching stripers in nets for sale. I would have been in college at the time working as a clamdigger to pay my way through college. In fact, we netted two of the largest stripers I have ever seen in those years. The roe from one of them we took home and ate, it was larger than many of the fish my clients catch today.

After coming to Maine, I first guided for stripers in the Sheepscot River out of Wiscasset in the late 1980s and early 90s. At the time I believed that there were no stripers further to the east. Eventually I tried my home river and discovered 2 things; first that there are stripers and second that there were very few other anglers.

Those first years of my guiding career were the good old days; numbers of fish and enough truly big fish to make every trip interesting. When I started guiding for them my grandfather told me to be cautious about building a business on the striper population. I can still hear him saying “they have come and gone twice in my life” to which I responded with the confidence of youth. That won’t happen grandpa we manage things today. Lucky for me he passed before the recent population crashes but he was right and it has happened to me twice now too. We have enjoyed decent fishing for the last few years but the truly big fish are distant memory on this part of the Maine coast.

In the interim I have been fortunate to have a business based on chasing them. That business provided for me and my family even allowing for us to help my sons both attend college. For the future what we want and need is a constant population of fish that provide for a basis to build a stable business. The wild swings are at some level natural but it seems to me that they have been made wider by management failures.

While we appreciate having the chance to comment on tactics we feel that setting the goal is the critical piece and that tool selection be left to the folks we have hired to do the work. Simply put the most pressing need in this fishery is for a stock rebuilding plan that meets the commission’s own 10 year timeframe requirement set in Amendment 6. This must be included in Amendment 7.

Goals and objectives set in 2003 with Amendment 6 are sound and achievable. The current striped bass management has failed to meet those goals as evidenced by the fact that stripers are overfished and that overfishing is occurring. We don’t need new goals – we need to meet the goals we have.

The fishery in every state from New Jersey to Maine is influenced significantly by management decisions in Chesapeake Bay and the Delaware watershed. We can’t afford to revisit regional management at this time. We need to continue with consistent regulations coastwide. Management flexibility without accountability is irresponsible. We are surprised that accountability is not prominent in this document. The board has the opportunity to correct that omission when it crafts the draft Amendment.

Maine’s striped bass board members need to continue to lead the effort to rebuild this fishery and to craft an Amendment that prevents us from returning to our current predicament in the future. Because somewhere on the east coast is a 12 year old under a bridge fishing for stripers and we owe him at least as good an opportunity as I have had over the last 50 years.