Saturday was another snowstorm in a nearly record setting winter for us. The recent storm puts nearly every town from Bangor south at around 100 inches for the season.  As I understand it this is the 5th snowiest winter on record and we still have March and April to go yet. I also saw that Concord NH has set a record for the snowiest winter since they have been keeping track.

All of that has little meaning until you see it all on the ground. I shovel the snow off of the deck in front of the house, not every storm mind you. After a winter of shoveling off the deck (which is 2 feet off of the ground) all winter the snow pile is now four feet higher than the deck and looking out of the front windows is done over a big pile of snow. In fact I can only barely remember what our yard actually looks like after three months.

Argy and I have been snowshoeing this weekend. Yesterday when we were out in our woodlot a ruffed grouse took off from its roost in the snow. I have had that happen once before years ago while snowshoeing with a family from England. Both times it was a great surprise with a big shower of snow and the thunder of grouse wings. Today we travelled to Moose Point State Park in Searsport where we met our son Noah. It was a beautiful perfectly clear day and we snow shoed down along the edge of the salt water for maybe a mile along the shore and then back up to the parking lot. The only downside was that there was a strong wind out of the northwest. But in March the sun is strong and the air was warm any time we got out of wind. 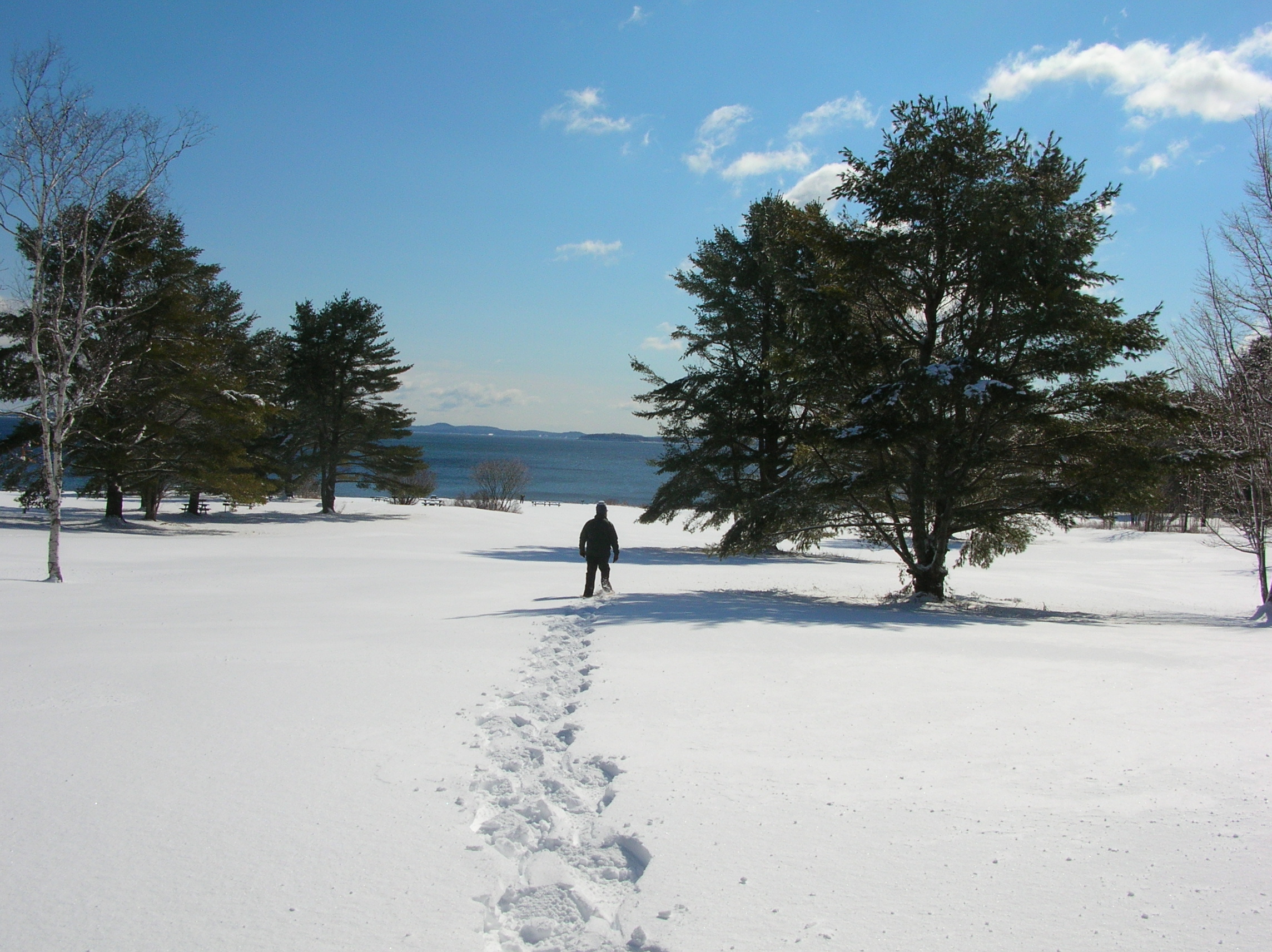 We saw a few ducks along the shore and most exciting was a loon which explains how the loons show up on the freshwater ponds almost as soon as the ice goes out. So maybe the ice is going out sometime, most likely next month like always.